The Glasgow Museum of Transport, located on the banks of the River Clyde on the site of the former A&J Inglis Shipyard, has become one of Glasgow's favourite tourist attractions.

Originally housed in a former tram depot on the south side of the city, the museum was moved to its new home as part of the River Clyde Regeneration Programme, funded by Glasgow City Council, The Heritage Lottery Fund and The Riverside Museum Appeal.

Designed by the internationally-renowned architect Zaha Hadid, the stunning building features a roof design that has caused much discussion. There are two schools of thought as to the inspiration for the unusual design: one being that it is intended to mimic the Glasgow skyline, and the other that it is based on the “squidgy S” shape of a napkin dropped by the architect whilst she was eating at a Glasgow restaurant! The fact that she took a photograph of the napkin before picking it up suggests there may be some truth in the latter view.

The need for NSHEVs (smoke ventilators) as part of the building design led to 2 single leaf BILCO Vents being specified (zinc-clad). Control equipment for the vents was also supplied including smoke detectors that trigger the vents to open to the “fire open” position of 140 degrees within 60 seconds allowing smoke, heat and noxious gases to be vented from the building to aid in the safe evacuation of any people within the building in the event of a fire.

Find out more about our Natural Smoke and Heat Vents > 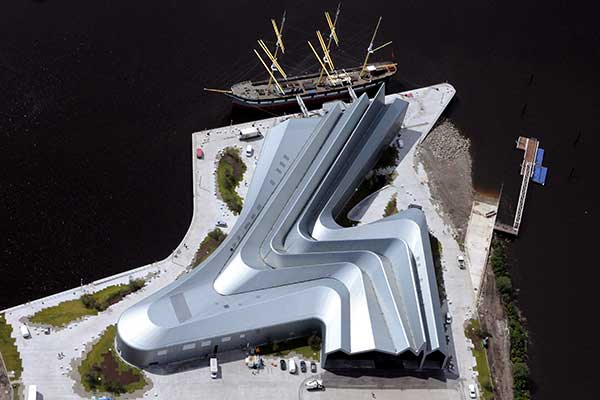 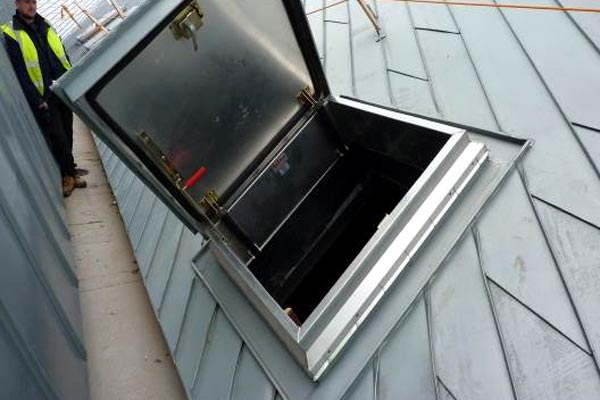